Embassy - Canada's Foreign Policy Newsweekly
Embassy is Canada’s influential foreign policy newspaper. With a weekly readership of over 60,000 it is the forum for debate on international issues for politicians, foreign policy experts, diplomats, aid workers, the military, leaders in trade and business and immigrant communities in Canada.
www.embassymag.ca

Upon their arrival in Canada as new representatives of their country, and before they can assume office, ambassadors and high commissioners must be formally received by the governor general of Canada. Credentials are the formal documents by which new heads of diplomatic missions are introduced by their head
of State.

Currently, there are more than 130 heads of diplomatic missions accredited to Canada. Approximately 10 presentations of credentials are held each year.

Presentation of Credentials at Rideau Hall

OTTAWA—His Excellency the Right Honourable David Johnston, Governor General of Canada,
will receive the credentials of three ambassadors (including the African heads of mission below)
on Friday, January 18, 2013, at 10 a.m., at Rideau Hall.

His Excellency Riadh Essid
Ambassador-designate of the Republic of Tunisia 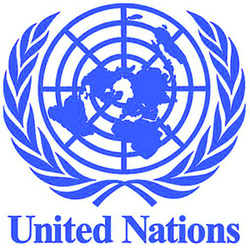 United Nations
The United Nations Organization (UNO) is an international organization whose stated aims are facilitating cooperation in international law, international security, economic development, social progress, human rights, and achievement of world peace. The UN was founded in 1945 after World War II to replace the League of Nations, to stop wars between countries, and to provide a platform for dialogue. It contains multiple subsidiary organizations to carry out its missions.
www.un.org/en/

The United Nations Association in Canada (UNA-Canada) is a national
charitable organization established in 1946. Its mandate is to engage the Canadian public in the work of the United Nations and the critical international issues which affect us all. UNAC accomplishes its goals through a dynamic staff team at the National Office and a network of volunteer-driven regional branches. 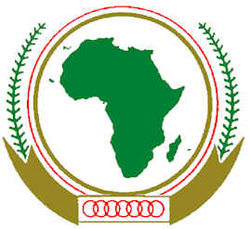 African Union
International organization founded as the Organization of African Unity to promote cooperation among the independent nations of Africa.
www.africa-union.org/ 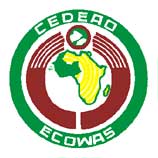 Organisation of Eastern Caribbean States (OECS)
The Organisation of Eastern Caribbean States (OECS), created in 1981, is an inter-governmental organisation dedicated to economic harmonisation and integration, protection of human and legal rights, and the encouragement of good governance between countries and dependencies in the Eastern Caribbean. It also performs the role of spreading responsibility and liability in the event of natural disaster, such as a hurricane.
The main organ of the OECS, the Secretariat, is based in the capital city of Castries, Saint Lucia. 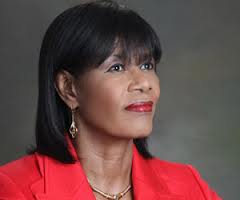 Official Visit of The Most Honourable Portia Simpson Miller,
Prime Minister of Jamaica

Jamaican Prime Minister Portia Simpson-Miller is scheduled to make her first official visit to Canada since her recent election from October 22 to 26, 2012.

After touching down in Ottawa on Oct. 22, the Jamaican head of government will meet Prime Minister Stephen Harper. Later that day, both are expected to appear at a reception at the Jamaican Canadian Association’s centre in Toronto, where she will remain for the duration of her four-day stay. The visit is to mark this year’s 50th anniversary of diplomatic relations between the two countries which began with Jamaica’s independence from Britain in 1962. 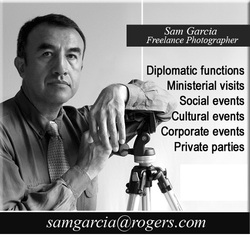 Whether it's an independence day reception or gala, a high-level ministerial meeting, an international conference, a state or royal visit, a cultural expo or commemorative ceremony, Sam Garcia will always deliver, professional and effective photography services that live up to the most exacting standards. Bookings can be made by contacting Sam at samgarcia@rogers.com