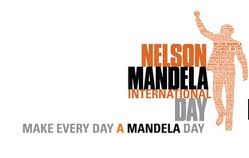 On November 10, 2009, the United Nations General Assembly adopted a text declaring Mandela’s birthday – July 18th – as ‘Mandela Day’ and to be observed as an International Day starting in 2010.

The objective of Mandela Day is to honour the legacy of South Africa’s former President, Nelson Mandela, and his belief in and commitment to volunteering and community service. Individuals and organizations are welcomed to commemorate this day as they wish.

Nelson Mandela spent over 67 years serving his community, country and the world. On Mandela Day, individuals are encouraged to celebrate the notion that every person is able to transform the world for the better by spending at least 67 minutes of their time giving back to their community and the well-being of society.

The South African Rainbow Nation Association (SARNA) is partnering with the Ottawa Mission to volunteer time to prepare meals. For more info and to find out how you can support their initiative, contact Ken Winchiu at 613 830 0287

Nelson Mandela is still in Hospital in Pretoria, and our thoughts and prayers are with him and his family.

Thursday 18th July is his 95th birthday,  we (SARNA) have secured a slot at the Ottawa Mission to make sandwiches between 9;00 till 10:30 AM.  Fifteen ( 15 ) volunteer / donors shall be required for the morning.

The first 15 (fifteen) to e-mail (kenw.sarna.ottawa@gmail.com) or phone me at 613-614-2881 shall
receive my confirmation that they are on the list of volunteer-donors for the morning.

Meanwhile, staff of the South African High Commission will spend Mandela Day at Harvest House in Ramseyville, Ottawa South, in recognition of the fact that there is a parallel between Madiba's struggle to overcome and the struggles of the young men at the centre. 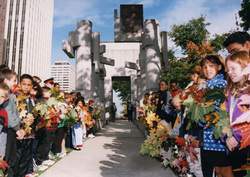 Nelson Mandela will receive 95th birthday greetings from around the world on Thursday 18, 2013.  Well-wishers, here in Ottawa and around the world will celebrate this Man for the contribution he made to the evolution of civilization.
On July 18,  let’s take part in the 67-Minute Giving in tribute to Nelson Mandela, by giving our 67 "making a difference" minutes. Let’s all join in the celebration, with a tribute of our own.

In November, 2009,  July 18, Mandela’s birthday was recognized in the General Assembly as Nelson Mandela International Day. To mark the Day, the Nelson Mandela Foundation asks that each of us devote 67 minutes of time for acts of service, private or public; one minute for each of the 67 years he dedicated to the betterment of human-kind.

On September 24, 1998, we Canadians welcomed Nelson Mandela at the Canadian Tribute to Human Rights. mcdp.com/events/nelsonmandela.html‎

On February 11, 2002, the 10th anniversary of Nelson Mandela’s walk to freedom, his values and spirit were celebrated with the JDEC launch of the annual Reconciliation Day in Ottawa.

On November 18, 2001, 83-year-old Nelson Mandela was recognized as an Honorary Citizen of Canada by the Prime Minister Jean Chretien during a ceremony at Ottawa's Museum of Civilization. He became the first living person to receive honorary Canadian citizenship.

In celebration of Mandela Day on 18 July 2012, the South African High Commission in Ottawa will be supporting the Odawa Native Friendship Centre’s Aboriginal Family Support Programme this
year.

As you are aware, to supporters across the globe, Mandela Day is synonymous with the expression of our shared human spirit of compassion and goodwill to our fellow man.  A day in which we set out to contribute to the lives of others by extending a lending hand.

Following the success of his 90th birthday celebrations in London, in 2008, Mr. Nelson Mandela, set the challenge to people across the world to take 67 minutes on 18 July every year in remembrance of the 67 years he spent fighting for human rights, and to give to charity or serve their local community. The message is simple, make the time to change the world we live in, one small step at a time. The results have been astounding, as  millions of supporters across the world join in every year in various efforts to contribute to the
lives of others.

After hearing about the valuable work that the Friendship Centre does with Ottawa’s Aboriginal community,
the High Commission has decided to extend a lending hand to their Family Support Programme this year.

The Odawa Native Friendship Centre is a non-profit organisation, which aims to enhance the quality of
the lives of the Aboriginal community in the Ottawa-Carleton Region of Eastern Ontario and surrounding communities. At present, its coordinators are working with a number of young families that require assistance with summer clothing for their children, ranging from 0 to 6 years.  All summer clothing contributions would therefore be most welcome and may be dropped off at the front reception of the High Commission at 15 Sussex Drive, New Edinburgh, Ottawa by Tuesday, 17 July 2012.

We welcome you to join us on Wednesday, 18 July 2012 as we take the time to contribute to the lives of those in our community that require our assistance. 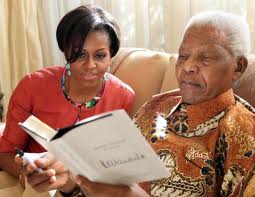 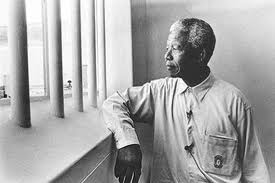 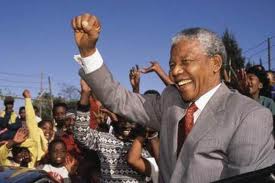 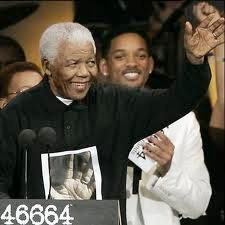 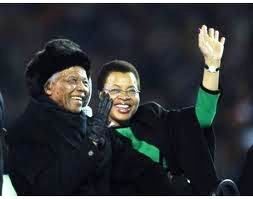 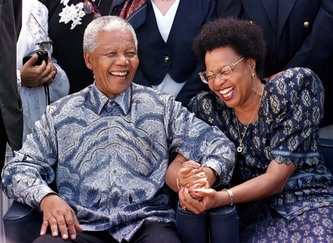 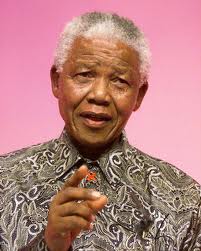 Nelson Rolihlahla Mandela was born in Transkei, South Africa, on 18 July, 1918. In South Africa, Mandela is often known as Madiba, his Xhosa clan name. He joined the African National Congress in 1944 and was engaged in resistance against the ruling National Party's apartheid policies after 1948 before being arrested in August 1962. In November 1962 he was sentenced to five years in prison and started serving his sentence at Robben Island Prison in 1963 before being brought back to Pretoria to stand in the Rivonia Trial. From 1964 to 1982, he was again incarcerated at Robben Island Prison and then later moved to Pollsmoor Prison, during which his reputation as a potent symbol of resistance to the anti-apartheid movement grew steadily. Released from prison in 1990, Mandela won the Nobel Peace Prize in 1993 and was inaugurated as the first democratically-elected president of South Africa in 1994. As president from 1994 to 1999, he frequently gave priority to reconciliation. He is the author of the international bestseller Long Walk to Freedom.

46664 Foundation
46664 (four, double six, six four) takes its name from the prison number (prisoner number 466 of 1964) given to Mr Mandela when he was incarcerated for life on Robben Island, off Cape Town, South Africa.  Mr Mandela gave his prison number to the organisation as a permanent reminder of the sacrifices he was prepared to make for a humanitarian and social justice cause he passionately believed in.
Website: www.46664.com 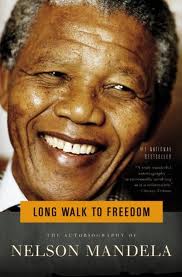 The famously taciturn South African president reveals much of himself in Long Walk to Freedom. A good deal of this autobiography was written secretly while Mandela was imprisoned for 27 years on Robben Island by South Africa's apartheid regime. Among the book's interesting revelations is Mandela's ambivalence toward his lifetime of devotion to public works. It cost him two marriages and kept him distant from a family life he might otherwise have cherished. Long Walk to Freedom also discloses a strong and generous spirit that refused to be broken under the most trying circumstances--a spirit in which just about everybody can find something to admire. 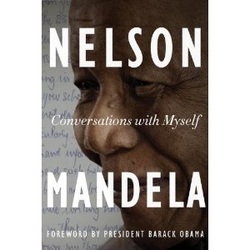 Nelson Mandela has written almost every day of his long life (he's now 91 years old): notebooks, jottings, drafts of letters to heads of state; and perhaps most movingly of all, letters from his long imprisonment on Robben Island, most of which, tragically, were never passed on to their recipients. Conversations with Myself is a very personal book—a book of private thoughts and lessons learned; but, as we have come to expect from the great man, the sense of hope and gentle wisdom that shines from these letters and diaries make this a book for everyone—a chance to share Mandela's recollections of a long life, fully lived.