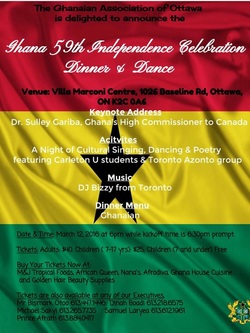 On Saturday, July 18th 2014, from 12 noon to 8pm, the Ghanaian Association of Ottawa will be organizing GhanaFest 2015 at Brewer Park (by Bronson Avenue opposite Carleton University). As we have always been doing, it will be a day of Sports, Games, Food sales, Art, and Activities. There will be a display of cultural activities, African arts & crafts.

Please note :
1. FOOD VENDORS & OTHER VENDORS
This year's GhanaFest is going to be OPEN, that means there will be no restrictions on food vendors. Everyone is allowed to bring whatever food or items they want to sell. However, all Vendors of items will donate $25 or less to the Association depending on the item being sold. Non-Ghanaians vendors will be asked to donate $100 to the Association.

2. GROUPS, FAMILIES & FRIENDS
Any Group or Family who wants to bring their own food to the park are ALLOWED.

3. COMMUNITY & HEALTH
In collaboration of with Centretown Community Heath Centre, we are bringing to this events other health agencies that will serve as part of a Mobile clinic to screen the community members for diseases affecting Africans. A follow-up schdule will be done later for those who need it. Diseases such as Diabetes, High Blood pressure etc will be screened.

4. SOCCER MATCH
There will be a soccer match between the Ghanaians and Nigerians in Ottawa. A Cup will be presented to the winner by the Ghana High Commissioner in Canada. 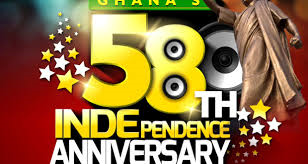 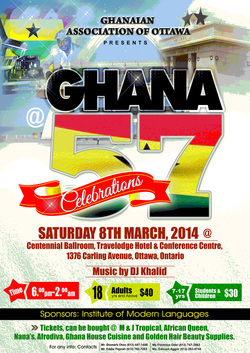 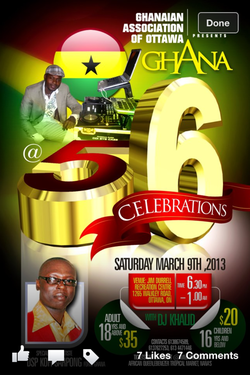 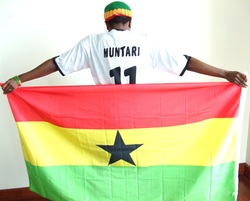 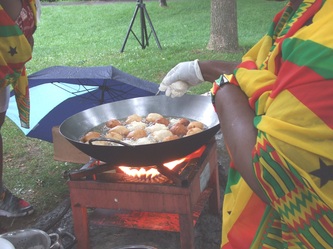 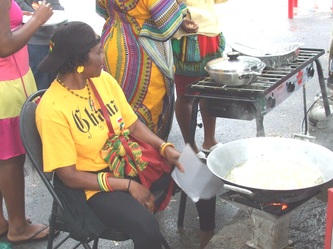 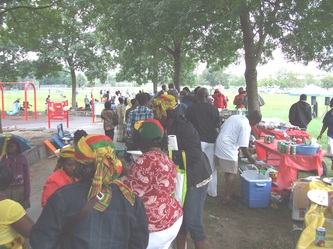 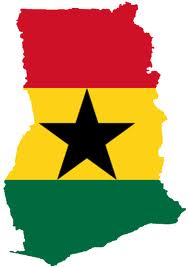 What you missed in 2011! Photos by Sarah Onyango 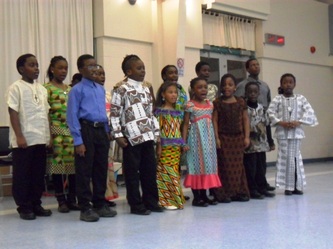 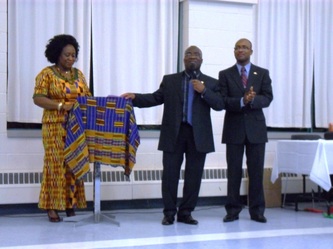 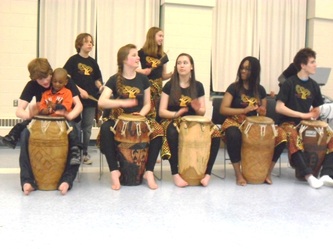 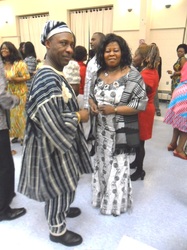 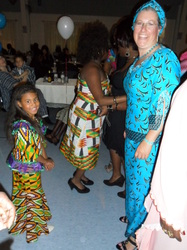 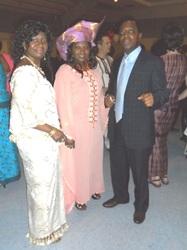 Ghana, officially the Republic of Ghana, is a country in West Africa. It borders Côte d'Ivoire to the west, Burkina Faso to the north, Togo to the east, and the Atlantic Ocean to the south. Accra is the capital and largest city. The 2014 census estimates the country's population at 27 million.

It was inhabited in pre-colonial times by a number of ancient kingdoms, including the inland Ashanti kingdom and various Fante states along the coast. Trade with European states flourished after contact with the Portuguese in the 15th century, and the British established a crown colony, Gold Coast, in 1874.

It was the first black African country to obtain independence from colonial rule. Upon achieving independence from the United Kingdom in 1957, the name Ghana was chosen for the new nation as a reference to its ancient roots in the Empire of Ghana. 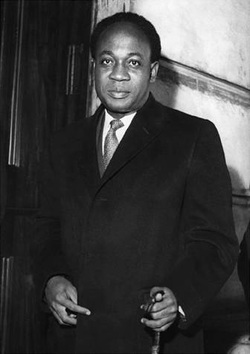 Kwame Nkrumah became the first prime and later president of Ghana. He was born on September 21, 1909, at Nkroful in what was then the British-ruled Gold Coast, the son of a goldsmith. Trained as a teacher, he went to the United States in 1935 for advanced
studies and continued his schooling in England, where he helped organize the Pan-African Congress in 1945. He returned to Ghana in 1947 and became general secretary of the newly founded United Gold Coast Convention but split from it in 1949 to form the
Convention People's party (CPP).

After his 'positive action' campaign created disturbances in 1950, Nkrumah was jailed, but when the CPP swept the 1951 elections, he was freed to form a government, and he led the colony to independence as Ghana in 1957. A firm believer in African liberation, Nkrumah pursued a radical pan-African policy, playing a key role in the formation of the Organization of African Unity in 1963. As head of government, he was less successful however, and as time passed he was accused of forming a dictatorship. In 1964 he formed a one-party state, with himself as president for life,
and was accused of actively promoting a cult of his own personality. Overthrown by the military in 1966, with the help of western backing, he spent his last years in exile, dying in Bucharest, Romania, on April 27, 1972. His legacy and dream of a "United States of African" still remains a goal among many.

Nkrumah was the motivating force behind the movement for independence of Ghana, then British West Africa, and its first president when it became independent in 1957. His numerous writings address Africa's political destiny. 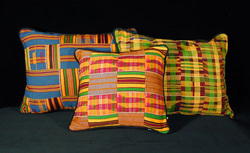 Kente cloth, known locally as nwentoma, is a type of fabric made of interwoven woven cloth strips and is native to the country of Ghana, where it was first developed in the 12th century. In Ghana, Kente is made by the Asante and Ewe peoples and is the best known of all African textiles. Kente comes from the word kenten, which means "basket." The Asante peoples also refer to kente as nwentoma or "woven cloth." The icon of African cultural heritage around the world, Asante kente is identified by its dazzling, multicolored
patterns of bright colors, geometric shapes and bold designs. 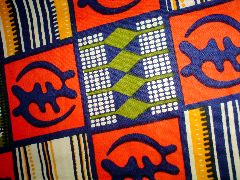 Adinkra are symbols common in Western African societies, particularly the Akan people of Ghana, that represent concepts or aphorisms. Adinkra are used on fabric, walls, in pottery and logos. Fabric adinkra are often made by woodcut printing.
See Adinkra symbols and their meanings at:
http://www.welltempered.net/adinkra/index.htm 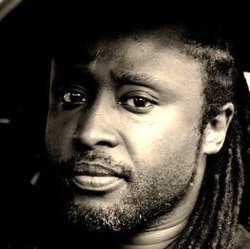 Ghanaians on the African continent and all over the Diaspora have contributed their tremendous talent, energy, passion and creativity to many different fields of human endeavour from the arts and science to sports...and the world is that much richer for it! See how many of these celebrities you recognize... 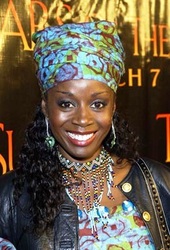 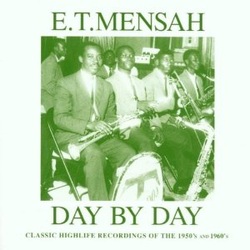 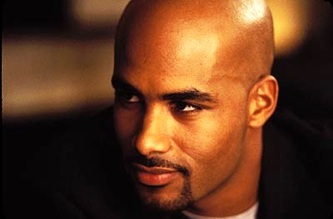 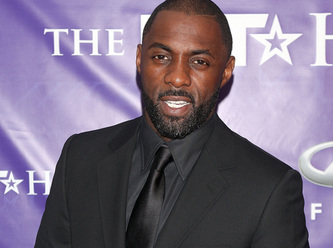 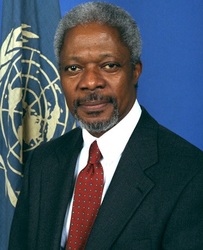 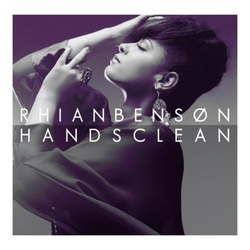 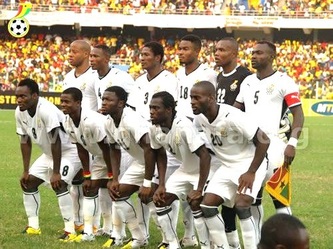 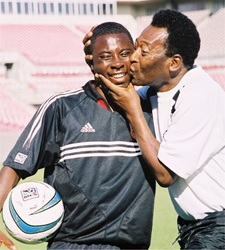 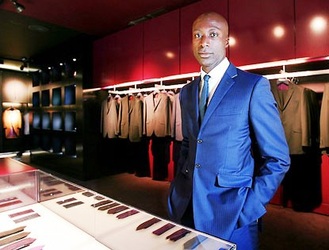