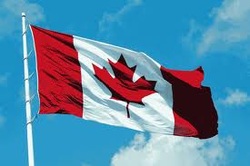 On July 1, 2011, join thousands of Canadians and visitors in Ottawa–Gatineau to celebrate Canada’s 144th birthday! Canada’s Capital Region will be abuzz with activity during this impressive day-long celebration of national pride.

Of course THE main event will be the daytime and evening ceremonies on the Hill, which will be attended by none other than Their Royal Highnesses, Prince William and Catherine, The Duke and Duchess of Cambridge! The festivities take place on Parliament Hill, in downtown parks and on the streets. Witness the ceremonies, take in the musical talent from across the country, see the fireworks — and more! Detailed info available at: http://www.canadascapital.gc.ca/canadaday/
Make sure you check OC Transpo and STO websites for special bus schedules:
www.octranspo.com and http://www.sto.ca/index_e.asp 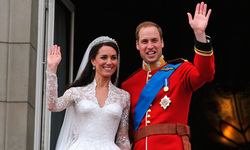 From June 30 to July 8, 2011, The Royal Couple will tour the National Capital Region, Montréal and Québec City (Quebec), Charlottetown and Summerside (Prince Edward Island), Yellowknife (Northwest Territories), and Calgary (Alberta). This will be their first official overseas trip as a newlywed married couple.

Their Canadian  itinerary includes the following highlights:
•The Canada Day Noon Show on Parliament Hill in Ottawa, Ontario (July 1)
•Freedom of the City ceremony with the Royal 22e Régiment in Québec City, Quebec (July 3)
•Search and rescue demonstration in Summerside, Prince Edward Island (July 4)
•Event with Canadian Rangers in Blachford Lake, Northwest Territories (July 5)
•Official launch of the Calgary Stampede Parade in Calgary, Alberta (July 8)
For more details on the itinerary, including where the public can see the Royal Couple, visit the 2011 Royal Tour website at www.royaltour.gc.ca.

Ottawa itinerary:
Itinerary - June 30
•2:00pm: Arrival at Ottawa Macdonald-Cartier International Airport (closed to the public)
•2:35pm: Wreath laying at the National War Memorial (open to the public)
The royal couple will place a wreath at the War Memorial, on the Tomb of the Unknown Soldier.
•3:15pm: Official welcoming ceremony at Rideau Hall (open to the public)
Includes an official ceremony and walkabout on the Rideau Hall grounds. His Royal Highness will receive full military honours, which will include the inspection of a guard of honour composed of Canadian Forces members. The ceremony will conclude with remarks by the Governor General, the Prime Minister and His Royal Highness.

•6:00pm: Celebration of Youth Reception at Rideau Hall (closed to the public)
A reception (and BBQ) celebrating the service of Canadian Youth towards a smart and caring nation, hosted by David and Sharon Johnston and Stephen and Laureen Harper. This event will bring together over 120 Canadian youth selected for their work in areas of great interest to Their Royal Highnesses: support for service personnel and their families; conservation for future generations; children fulfilling their potential; changing lives through art and sport; and help and care at home.

July 1 - Canada Day
•10:30am: Citizenship Ceremony at the Canadian Museum of Civilization (closed to the public)
A swearing-in ceremony for 25 new Canadians. The Governor General will deliver congratulatory remarks and present the new citizens with their citizenship certificates.
•After the ceremony they'll head to Parliament Hill for the Noon Show. To get to Parliament Hill, we don't know for sure but based on previous royal visits, it's likely that shortly after 11:30am, they'll travel from Rideau Hall on Sussex drive, heading towards Rideau and then up to Wellington Street and Parliament Hill.
•12:07pm: They'll arrive on Parliament Hill via landau (that's a fancy word for a fancy carriage), accompanied by the Governor General and his wife. They'll check out the Centennial Flame (maybe throw a coin in?), the Ceremonial Guard will play God Save The Queen, there will be a 21-gun salute and CF-18's will do a flyover.
•Then Will & Kate will head up the centre walkway to their VIP seats in the royal box, and watch the Canada Day noon show. Prince William will make a speech as part of the show at 1:14pm.
•1:45pm: When the show wraps up, Will and Kate will do a walk-about before leaving the Hill.
•If you can't make it to Parliament Hill to watch, the noon show will be broadcast live on television on CBC Television, CBC News Network, Radio-Canada and RDI, and streamed on their web sites.
•Apparently, the royals will be watching the fireworks from the Lester B. Pearson building on Sussex Drive. (They'll be there for a special dedication earlier in the evening. Not open to the public.)

Itinerary - July 2
•12:40pm: Ceremonial tree planting at Rideau Hall (closed to the public)
Will & Kate will plant a Canadian hemlock tree in the royal grove area of Rideau Hall. The tradition of ceremonially planting a tree during Royal or State visits began with the Right Honourable Earl Grey, governor general of Canada from 1904 to 1911. Since that time, planting ceremonial trees has become a Canadian tradition, symbolizing the living friendship and co-operation of nations. Her Majesty The Queen and members of the Royal Family have planted 16 ceremonial trees on the grounds of Rideau Hall since 1939.
•1:10pm: Canadian War Museum - Reception with Canadian veterans and their families (closed to the public)
To honour those who have contributed to the building of Canada, William and Kate will meet with about 30 veterans and war brides. During a tour of the Museum, the Royal Couple reflect on what Canadians have accomplished together and how we have defined ourselves through active service.
•They'll depart Ottawa by mid-afternoon, heading next to Montreal.

For more details on the itinerary, including where the public can see the Royal Couple, visit the 2011 Royal Tour website at www.royaltour.gc.ca. 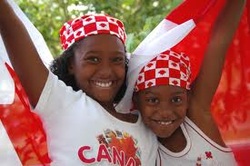 Organized by the Pan-Afrikan Coalition of Canada in support of Ottawa African Festival. Free Admission, but donations appreciated. Music by: DJ Phoenix & Guest. For more info, Call:613-794-4487 or visit our website: www.africanfestival.org.

You are invited to join Afrika Revisited and the Pan African Coalition of Canada (PACC)  at 362 Ridea Street at Nelson (African Heritage Centre/Opposite Loblaws) this coming Canada Day on Friday July 1, 2011 starting at 10 A:M. The weather forecast looks very promising and so it will be a perfect occasion to come out and enjoy the festivities put up by various individuals all over downtown Ottawa. At our location, you will be treated to a great variety of African music and guests are free to dance and enjoy themselves. Some local artists have also promised to drop by and entertain us at different times during the day. Even a few bands may end up giving us a few tunes. It is going to be a flexible environment. All we want is to have fun. So, any artist or band that wishes to participate is encouraged to come prepared and we will provide a stage for their performance. This is a good opportunity for artists and bands to publicize themselves to the greater Canadian crowd. Please share this information with family and friends. Let us be proud of our heritage. Let us all come out in large numbers dressed up in our national outfits and put up performances that make all passersby to stop and admire our joy. The party will continue until sometime after the fireworks.

As DJ Phoenix and Afrka Revisited spin music from Africa and all around the world, there will be sizzling Nyama Choma (BBQ) and various refreshments on sale. The net proceeds from this event will go towards supporting the next Ottawa African Festival. More information on the venue and dates will be provided at this event. Afterwards, feel free to contact Daniel Eji at (613) 794 4487.